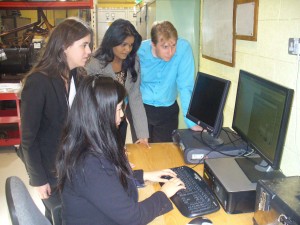 J & E Hall has launched a new Graduate Internship Scheme to support students wishing to work in the refrigeration and air conditioning industry. The company has recruited two graduates from Portugal, Tiago Gomes and Nuno Alves, who will spend six months in the UK as interns learning about J & E Hall and developing a greater understanding of the industry.

The initiative is supported by the European Union through the Erasmus Scholarship scheme.

In addition to eight current apprentices, the company has recruited two further trainees – Jake Codd (Dartford) and Jonathan De Lloyd (Cardiff). J & E Hall recruits from across the world and there are seven graduate trainees – including graduates from Spain and China – who are undertaking a comprehensive training programme.

The company is also in the process of recruiting additional graduates for intake in 2014.

J & E Hall HR Director Clive Morgan said: “The internship scheme is new and is something of an experiment for us.  One of the reasons we are involved is that as an international company we need to look at an international pool of talent to attract the refrigeration and air conditioning engineers of the future. Through this internship scheme we have formed a partnership with the University of Coimbra in Portugal.”