J & E Hall has appointed Paul O’Brien as its new regional sales manager for commercial products in the North of England. J & E Hall’s range of commercial condensing units and cellar coolers are at the top Paul’s sales agenda.

He said: “This is an exciting opportunity for me as I believe the J & E Hall commercial range is second to none. I am thoroughly enjoying my new role covering the north of England. From the very beginning I have been made to feel very welcome, receiving a great deal of support from everyone concerned.”

Paul had previously worked in the heating, ventilation and air conditioning industry for more than 28 years. He began his career as a driver/warehouseman and worked his way up via the trade counter and office to field sales. “It has been a great journey,” Paul said.

He is married, with three daughters and lives in the Greater Manchester area. Away from work, he enjoys watching Manchester United and keeping fit. 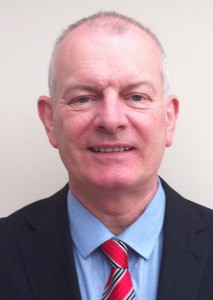